People have used voice services over Wi-Fi for years, but the experience hasn’t exactly been great. Typically, it meant using a separate app—like Skype—that didn’t integrate with subscribers’ standard voice services. And spotty voice quality and lost connections were just part of the deal.

Today, Ruckus can help you deliver reliable voice service over Wi-Fi—in a way that’s completely seamless and transparent for your customers. You can give subscribers in high-traffic areas a voice service that’s consistent with your brand, while increasing your network capacity and lowering costs.

This implementation uses Internet Protocol Security (IPsec) on smartphones to create a secure connection to the MNO data center. The voice traffic is encrypted in the smartphone before being sent across the Wi-Fi network, and decrypted by the ePDG in the data center. The decrypted traffic is then tunneled into the EPC using GPRS tunneling protocol (GTP).

In today’s mobile marketplace, competition is fierce, and subscriber churn is expensive. Ruckus Smart Wi-Fi can help you bring consistent voice experiences to areas with spotty coverage, without an expensive upgrade to your macro network.

Call and Receive – With No Roaming, Special Apps or Logon Required

Why should Wi-Fi calling require an over-the-top app and a different subscriber experience? Now, mobile operators can use Voice-over-LTE (VoLTE) to automatically route calls over Wi-Fi, using the native dialer on subscribers’ smartphones. Ruckus’ high-performance, highly reliable Smart Wi-Fi technology connects the standard cellular voice stack with your IP Multimedia Subsystem (IMS) complex. You can use the same back-end systems to manage your subscribers and devices. And Ruckus Fast Handoff roaming capabilities let subscribers move easily between Wi-Fi access points while on a call. All your subscribers know is that high-quality voice service they expect is there when they need it.

Offloading voice traffic to Wi-Fi can be the fastest, most cost-effective way to deliver consistent voice service in the places where your usage and subscribers are growing most. Don’t ask subscribers to wait while you continue to build out macro, micro and pico cell infrastructure. In the meantime, mobile operators can transparently hand off voice traffic to Wi-Fi. Your subscribers get reliable, crystal-clear voice service in congested areas. And you get to plan your network upgrades more pragmatically, while extending the life of existing macro investments.

A better Wi-Fi Calling experience comes from having a stronger radio signal.

Ruckus BeamFlex Adaptive Antenna Technology dynamically adjusts the antenna pattern for each and every packet transmitted. It enhances the network’s downlink performance while mitigating interference by directing more RF energy towards the intended receiver, adding up to 6 dB of additional receiver gain. This is especially important in high-capacity density public venues.

Ruckus BeamFlex+ further enhances BeamFlex technology by using PDMRC to add up to 5dB of additional gain on the uplink.

IR-92 based Wi-Fi Calling applications encrypt the airlink, which can make it hard to prioritize voice flows. Ruckus SmartCast utilizes type-of-service (TOS) and heuristic algorithms to detect and prioritize encrypted voice or video flows by looking at the size and frequency of the packet flow. This greatly enhances the reliability and performance of Wi-Fi Calling.

So what must service providers do to insure that their Wi-Fi network is ready to support a carrier-class Wi-Fi Calling experience? There are several elements to a successful deployment.

On the Importance of a Strong Radio Signal
Everything starts with a really strong radio signal. To this end, Adaptive Antenna Technology was developed for the transporting of delay-sensitive video and voice traf!c over Wi-Fi.

Adaptive Antenna Technology provides a much stronger signal as seen by the user's smartphone, which equates to a better modulation and coding scheme (MCS). A better MCS means higher data rates, and a higher data rate means it takes less time to send a specific amount of data (or voice) allowing client stations to spend less time accessing or !ghting for access to the Wi-Fi medium. It also reduces contention for the RF channel, as well as reducing the likelihood of collisions (increased jitter), frame loss, or packet retransmissions (increased latency). In other words, providing a stronger signal at the smartphone increases the overall airtime efficiency of the device for sending voice as well as other types of traffic. 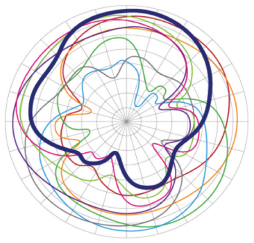 Adaptive Antenna Technology does this by dynamically adjusting the antenna pattern for each and every packet transmitted. This is under the control of sophisticated software and has the result focusing RF energy towards the intended receiver. This results in up to 6 dB of additional signal gain as seen by the user's device.

In addition, smart antennas help mitigate interference by only directing RF energy towards the intended receiver and not simply blasting it everywhere. The impacts from the increased receiver gain and interference mitigation are cumulative and quite pronounced in dense deployments, such as office buildings or high-capacity public venues.

Another important innovation benefiting Wi-Fi Calling is the ability to enhance the uplink signal from the client to the AP by receiving the client's signal on both horizontally and vertically polarized antenna elements. When polarization diversity is combined with maximal ratio combining (PD-MRC), the end result can be up to 5 dB of additional gain. This is especially important when considering single stream/single antenna mobile devices (the vast majority of smartphones and tablets, including all models of the iPhone), which transmit with a single polarization. 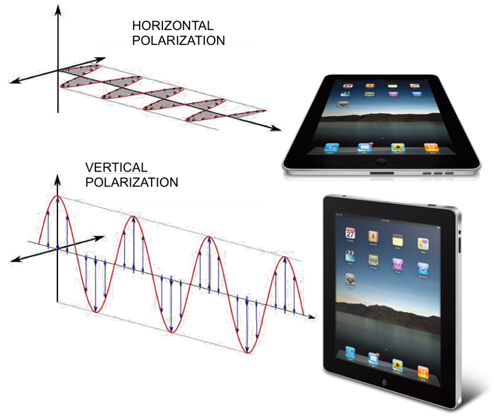 Adaptive smart antenna technology is able to effectively extract or construct the strongest possible Wi-Fi signal regardless of the client's orientation relative to the AP. Because real-time voice is inherently bidirectional, it is important that both the downlink and uplink support the best possible MCS and highest possible data rates.

Prioritizing Voice Traffic with SmartCast
Getting a strong signal is only the first step -- next comes prioritizing flows through the Wi-Fi access network. There are several methods by which an encrypted flow can be prioritized so as to guarantee a high-quality voice call and they are all part of the Ruckus SmartCast feature. At the heart of SmartCast is a sophisticated traffic inspection, classi!cation, and optimization engine that works in software to provide per-client, per-traffic-class queuing. The SmartCast quality-of-service (QoS) engine inspects each packet and automatically classi!es it into one of four queues — voice, video, best effort, and background. SmartCast can inspect a variety of headers including those of Ethernet frames (both TCP and UDP), VLAN tags, and IPv4 and IPv6 packets.

If the type-of-service (TOS) or 802.1p priority !eld is used, SmartCast maps packets to an equivalent internal field. If no tag is provided, SmartCast employs heuristics to classify traf!c. With heuristics based quality-of-service techniques, Wi-Fi Calling flows can be detected by looking at the size and frequency of packets in a flow, even an encrypted flow.

Once classi!ed and queued, traffic is scheduled using a weighted round robin method based on airtime and throughput potential as well as prioritization de!ned for the WLANs. Rate limits can also be applied on a per-WLAN basis for every client. The net result is that SmartCast can maximize the reliability and performance of delay-sensitive Wi-Fi Calling traf!c by minimizing jitter and latency.

Fast Handoff
Fast Handoff emulates a wonderful feature of cellular networks, which is the ability to rapidly handoff a user as they move from AP to AP in the coverage areas. There is no need to re-authenticate since their credentials follow them as they move. This is an especially useful feature when using Wi-Fi Calling while on the move, as any significant delay in the handoff will be noticeable.

Call Admission Control
Capacity Based Call Admission Control is designed to block new users from associating when there isn't enough network capacity to support them. This is important for Wi-Fi Calling applications that must have access to the airlink in a timely fashion in order to function properly.

Conclusions
Wi-Fi Calling has been around for many years, and in many flavors, but now with Apple's commitment to IR-92 based Wi-Fi Calling, it has finally become a mainstream carrier technology. The key to enabling a true carrier-class service is to make use of a carrier class Wi-Fi network infrastructure. This requires Adaptive Antenna Technology to guarantee that the user's device gets the strongest possible signal, mechanisms to prioritize voice traffic even when it's encrypted, fast handoff to keep users talking while they move around in the coverage area, and call admission control to limit the load. With Ruckus Smart Wi-Fi technology, carrier-class Wi-Fi Calling is now a reality.